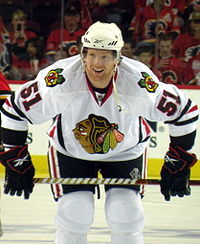 The Latest Coaching Buzz
Two coaching vacancys have been occupied in a matter of 24 hours as Guy Boucher declined an offer to become the Columbus Blue Jackets’ coach, which was first reported by Aaron Portzline of the Columbus Dispatch.
The reason for turning down the Blue Jackets’ offer became clear hours later as reports out of Montreal indicated that Boucher accepted the head coaching job with the Tampa Bay Lightning.
Two vacancy’s now remain in New Jersey and Atlanta. Boston Bruins assistant Craig Ramsay remains the front runner in Atlanta.
In New Jersey GM Lou Lamoriello continues to indicate to the New Jersey media that he has not offered the head coaching position to anyone but sources close to Michel Therrien told me over the weekend that Therrien has been in discussions with New Jersey officials.
On May 26, I learned that Therrien emerged as the front runner for the Devils head coaching job. John MacLean is also considered a strong candidate.
We’ll see where this goes in the coming days but Therrien’s camp continues to indicate that a deal is close.
I have not been able to get any league contacts confirm as the Devils keep everything close to the vest.
A Pens official also could not confirm except that the Penguins did grant the Devils permission to speak to Therrien weeks ago.
Therrien is due $1.1 million from the Penguins in 2010-2011. Therrien’s house in a suburb of Pittsburgh is on the market and for sale
Blackhawks/ Sharp staying put
Like the Pittsburgh Penguins in 2007-2008, 2008-2009, this maybe the Chicago Blackhawks best chance to win a championship as a number of their core players are still on their rookie contracts.
That changes going into next season.
The Blackhawks have approximately $57 million committed to 14 players for the 2010-2011 season with winger Andrew Ladd, defenseman Niklas Hjalmarsson and goaltender Antti Niemi set to become restricted free agents.
One option to clear over $5 million in cap space is to send backup goaltender Cristobal Huet (5.625 million cap hit) to the minors. The Hawks would love for former GM Dale Tallon to take Huet off their hands in Florida, but that isn’t going to happen.
As highly respected Tallon is for turning around the Blackhawks franchise, Tallon overpaid tremendously for Huet and Brian Campbell ($7.14 million cap hit) which has the Hawks in a tough situation moving forward.
Campbell will be very difficult to move. He has four years remaining on his deal and is not even the Blackhawks No. 1 or No. 2 defenseman.
When you have such a great young core in place, after a few years they will have to get paid and you can’t have a No. 3 defenseman taking up the kind of cap space Campbell is.
The one team to keep an eye is the Atlanta Thrashers. They offered Campbell a multi-year deal worth more than $50 million in the summer of 2008. There could be interest but Atlanta would likely want another asset coming their way. Still it’s hard to imagine the Blackhawks finding a legitimate suitor.
However, trying to move Campbell has to be the Hawks first priority because defenseman Brent Seabrooke is set to become a restricted free agent after the 2010-2011 season. He’s a bargain at $3.5 million per season right now.
One player who is going nowhere is Patrick Sharp. He’s an untouchable according to league sources.
If the Hawks are unable to move Campbell at somepoint this summer, they are going to be forced to listen to offers for Kris Versteeg or Dustin Byfuglien and consider moving at least one of them. Byfuglien has a cap hit of $3 million and is signed through the 2010-2011 season.
Versteeg is signed through the 2011-2012 season with a cap hit of $3.083 million.
Defenseman Brent Sopel will be a prime candidate to be moved this summer. He has one year remaining on his deal with a cap hit of $2.3 million.
One scenario to keep an eye on is if the Blackhawks would look to move Marian Hossa and opt to keep their younger players over Hossa.
Hossa, 31, has 11 years remaining on his deal with a cap hit of $5.2 million. Opting to move Hossa after making such a huge committment is unlikely. With the Hawks cap situation, Hossa is going to have get back to being a 40+ goal winger.