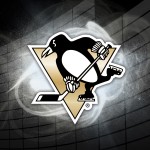 LATEST PENGUINS BUZZ
Two key developments for the Penguins from a personnel standpoint that could pay dividends for the team come playoff time:

1. The Penguins are deeper and better in all facets on the blueline from last season and when you factor in the more defensive structure that has been implemented, this team looks better equipped to win in the post-season than in past years. When healthy, some members of the organization feel a 1-6 of Brooks Orpik – Paul Martin, Rob Scuderi – Kris Letang, Olli Maatta – Matt Niskanen has the makings of being one of the best bluelines in hockey.
It’s also the overall depth on the blueline that is better than last season. The Penguins plan years ago to stockpile young defensemen is starting to pay off as a number of them are now NHL ready.
A player like Simon Despres, while not a regular when this group is healthy, has grown tremendously as a player, becoming a smarter player in his own end and has added a physical element to his game. One scout over the weekend also eluded to me that Despres style of game appears to fit the Penguins new defensive structure much better as there’s less thinking for a young defenseman with the Penguins coaches not asking their d-men to pinch as much.

2. One knock on the Penguins last post-season from some people in the know is that they didn’t have enough youth in the bottom-6 and it led to the Penguins not playing with enough energy. A key development with some of the injuries over last couple months is the Penguins look to have more youth at the forward position to fill bottom-6 roles (if needed) with the likes of Jason Megna and Zach Sill emerging as options. The emergence of Megna could phase out a Chuck Kobasew when this team is fully healthy.
As strong of a Cup contender the Penguins are in the Eastern Conference, there are still some areas of concern with this club.
Among them is whether they have enough sand paper and grit in the bottom-6 in a physical seven game series but what I keep coming back to is the third line. The difference between the Penguins and defending Champion Chicago Blackhawks is that the Blackhawks are not as reliant on their superstar forwards.
Chicago’s scoring depth is just on a different level and the question with the Penguins is whether they have enough scoring depth if a situation arises where they run into a hot goaltender and a team with an excellent penalty kill that shuts down the Penguins stars?
Jonathan Toews had just 3 goals and 14 points in 23 playoff games last season during the Hawks Cup run. Hard to imagine Penguins being able to roll through the playoffs if a Malkin or Crosby produced just 0.61 points per game.