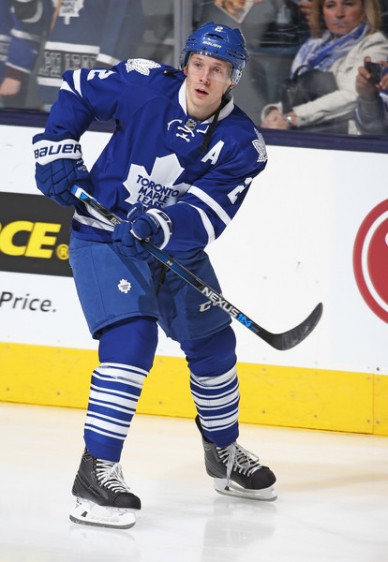 That was Sidney Crosby’s take after the Penguins 5-1 loss to the Boston Bruins.

With or without Evgeni Malkin, what this game showed was a dose of reality that the Penguins’ back end is just not good enough to make a deep run.

A team with two talented scoring lines and a big physical third line is going to cause the Penguins fits in a seven game series like the Bruins have all season in outscoring Pittsburgh 14-3 in three meetings.

You think these last couple games defensively haven’t spooked Jim Rutherford who is aggressively trying to add a top-4 defenseman?

Many have been waiting for Olli Maatta who missed most of last season to get under his feet and emerge as the top-2 pairing defenseman they expect him to be, but there’s no signs that is going happen.

Maatta was a disaster in the loss to Boston but most concerning is his play all season has been at the level of a No. 6 type defenseman. This wasn’t just some off night. The game has been too quick for Maatta and he frequently gets beat to the outside and is often saved by Kris Letang’s closing speed.

Maatta is a big problem for the Penguins right now and it’s why this management group that continues to operate at a win-at-all cost mentality looks to be backed into a corner to have to overpay for immediate help. They think the world of Maatta long-term but he’s just not a top-2 pairing defenseman right now.

This is a market they should be staying out of and just rolling the dice with what they have but with jobs on the line if Pittsburgh misses the playoffs, hard to see “riverboat Jimmy” who some with other NHL teams call him, not making a move.

If Maatta was playing anywhere near the level he was his rookie season when paired with Matt Niskanen, I’d bet the GM and his cohorts would feel a lot more comfortable in possibly rolling the dice and standing pat.

The Penguins badly feel the need to add another defender to the mix.

Derrick Pouliot has been solid in the transition, but there’s nothing special about his game and he’s not going to be that guy. A Barry Trotz or Alain Vigneault would have a field day in targeting a Pouliot pairing in a playoff series.

For Pittsburgh and other teams in the d-man market, the prices are sky-high, Mike Weber went for a 3rd round pick, and the pickings are slim.

As I’ve been reporting over the past month, Dan Hamhuis has no interest in coming East, especially to a bubble team like the Penguins.

Bob McKenzie had this take about Hamhuis tonight on NBCSN went discussing the Penguins deadline options.

“If Hamhuis were to waive, I think he’d be much more inclined to waive to a team in the West than the East,” said McKenzie.

The Penguins are making an aggressive play for Kris Russell sources told Inside Pittsburgh Sports this week, but as McKenzie reported tonight, there is lots of competition.

“R[hide]utherford would like to bolster the depth on defense,” McKenzie said. “Calgary’s Kris Russell being the type of defenseman that would interest Pittsburgh. But lots of competition.”

The view on Russell from many pundits and fans, especially the analytics crowd is not a good one but to General Managers and NHL executives, Russell is quite popular. We’re hearing at least six teams are pursuing him, headlined by the Penguins.

After Russell, the rental market is next to nothing.

Scouts have positive things to say about David Schlemko, who could probably be had for a third rounder, but Ray Shero dealing Schlemko to Pittsburgh who the Devils are battling for a playoff positioning would be a tough sell for Shero to make to his team. Knowing Shero I just can’t see that one happening.

Edmonton’s Justin Schultz is such a disaster in his own end to go with the $3.9 million qualifying offer the Penguins would have to make to retain him, makes him a risky addition, even with the Oilers reportedly willing to pick up some of the cap hit.

No. 7 types like Matt Hunwick, Matt Bartkowski could become last minute options just to add some more experience if the Penguins strike out on their list of top targets.

I’m told Toronto’s Matt Hunwick is of some interest to the Penguins.

On the non-rental market, Blue Jackets defenseman Fedor Tyutin is one of the few options out there. Detroit among the teams looking at him.

Also in Columbus, Jack Johnson’s improved defensive play under John Tortorella has them much less inclined to consider moving Johnson than executives said they were a few months ago. The price would be steep.

Here’s a fun little fact, since the Jordan Staal trade in 2012 the Pens have traded away 9 draft picks not including the 2016 draft that has not occurred, the 9 players selected with those “wasted” draft picks has exact 0 combined NHL games. That’s right folks, the future that everyone whines about everyday has the same number of NHL games as Sam’s IQ, 0.0. To add to that here’s the list of players that were traded away during that time frame, Tangradi, Morrow, Agostino, Hanowski, Thompson, Neal, Samuelson, Klinkhammer, Goc, Sill, Sneep, Ferriero, Bortuzzo, Despres, Kapanen and Harrington, with… Read more »

Fuck the future. Deal with it in 10 years after Sid and Geno are gone.

How can you decide what will happen to this team in the playoffs without seeing any matchups? If the Pens get the 7 seed and plays the coastal, they’ll be in the ECF. If we have to play the metro, i’m confident we easily beat the islanders, go 7 in a 50/50 series with the Rangers and who know’s with Wash…i actually think we match up well with them. Playoffs are a different beast.

That’s pretty optimistic guy. When last I checked Florida had their way with the pens both games and the Penguins got timely goals to force OT…Tampa has just beat the piss out of the Pens, and I’m not sure if you watched the Boston game last night, but 0-3 vs those guys too….

What indication had this team given to support any easy match up in the post season for this year and the last 2? Considering their playoff short comings-

How could he possibly screw things up more? The team is a disaster as it sits and even if it makes the playoffs it has almost no chance of winning a round.

Love to hear your uneducated reasoning behind this.

every single 1st round picks that shero has done is a bust so far
how many First round picks does the pens have on their roster
in order to be good you need to have 10 11.but out pens trade them for short term project
Teams to watch and to beat next few years will be the Leafs,Panthers

Leafs wont be good for a couple seasons

I find it humorous that so many conclusions are made about a team missing arguably 4 of its top 9. But hey – that doesn’t dare stop Yogurt of DePaoli.

there can always be an excuse. it’s been nothing but excuses since the cup win in 09. did you ever consider they just stink?

Judging by what i’ve seen over the years, I think there’s a far better chance you’re just inaccurate, as usual. Are they a cup contender? Likely not – but fully healthy, they’re a playoff team. And they don’t “stink.”

Since Sullivan took over, not counting his first 4 games (due to the Fleury concussion and getting acclimated with the team), the Pens are 4-5-3 against the current playoff teams in the East, and 1-1-1 against the top 5 teams in the West. When you add in the injuries to Malkin, Fehr, Bonino and Bennett, it’s not all doom and gloom.

You’re right….its all DOOM!!!’ Didn’t you read the article?

Not sure what your point is…

D must only be able to get babysitters on nights the Pens lose. Usually have to wait 3 days for an article after a win.

Pens must trade mattaa he is slow and he has to cover his angles good and not be out of position. He should watch a lot of lidstrom tapes

54 Points in his first 154 games… Letang was probably that prolific to start. Kids ONLY 21 and you are ready to throw in the towel? Missing an entire fucking year due to injury did him no favours and ya he has a lot to work on but why anyone would look at giving up on him already is beyond me.

Foolish to have knee jerk reaction and trade him at the deadline. It only took letang like 5 seasons to “mature” cough cough

I especially like how Sam thinks Maatta is too slow, but repeatedly advocated for a $7 million Dion Phaneuf. Just goes to show you where Sam’s hockey “knowledge” is.

Lots of things I’ve said lately are on tonight’s article.

I didn’t see “I want cookie!” In the article anywhere.

Explains your poor understanding of the game. Pathetic that you say you’re from Canada!